The Scout Remembrance Poppy had been made by all sections within the group.  Each Beaver, Cub and Scout had been given a paper poppy petal and asked to write a note of remembrance on it before adding it to the poppy decoration.  The result was an impressive sight and some of the messages were very thought provoking.

Thank you to all the Beavers, Cubs and Scout who attended the parade and that you to all the parents to also showed their support.  There is no doubt that this year saw the largest presence from 23rd Bath (Avonvale) scouts and it helps to show the surrounding community what a strong group we have as well as pay our respects to our armed servicemen past and present. 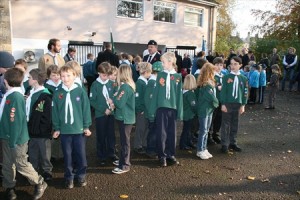 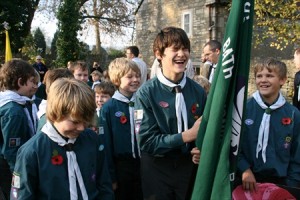